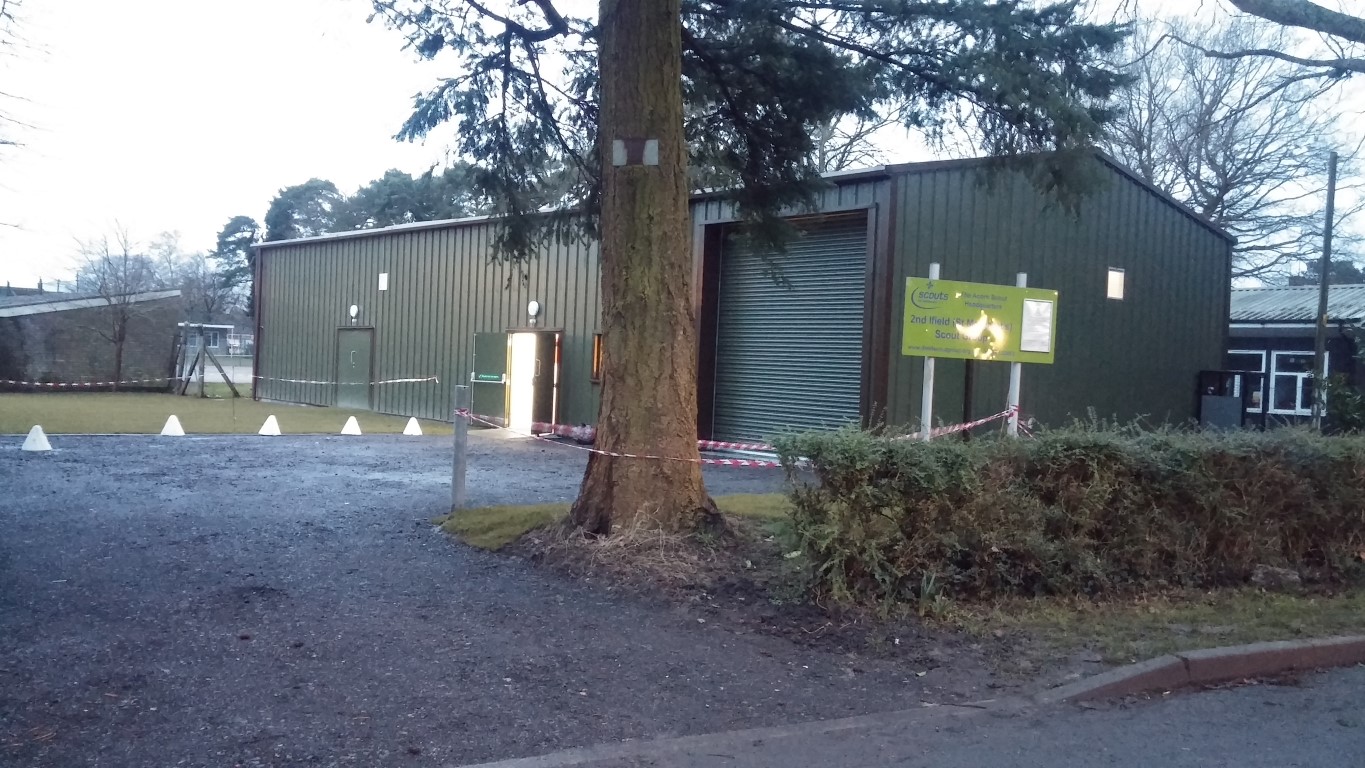 The new scout headquarters in Ifield was packed with 200 members, families and members of the community for the formal opening of the Scout headquarters on Saturday (28th February.) The action was set going by Brenda Smith, the Mayor of Crawley and the ceremony of opening the building was carried out by Jonathan Lucas the High Sherriff of West Sussex resplendent in court dress and carrying his ceremonial sword. The new building was dedicated in prayer by Simon Newham the Rector of Ifield.

Wendy Keeley, Ifield Group Scout Leader, thanked all those who had helped especially Brian Eastman, who had been working on the project for 20 years, and David Clipperton,  who had been the project administrator during a very difficult period.  Despite the various sections of the Group having to meet in temporary accommodation over 15 months the number of members had grown and, with the new building open, plans are in place to expand and add further sections to the Group starting with a new Beaver Scout Colony after Easter.

After the building was opened, Eddy Hills, the Scout District Commissioner for Crawley, presented Chief Scout Awards to Beaver Scouts, Cub Scouts and Explorer Scouts. The opening ceremony was wound up by Irene Orford, the County Commissioner for Scouts in West Sussex, who gave out long service awards to leaders.

After the ceremony and during refreshments the Beaver Scouts made badges; the cub scouts set up a cross bow range; the Scouts did free fall abseiling from the roof of the building and the Explorer Scouts prepared Chinese food in a tent in the car park.