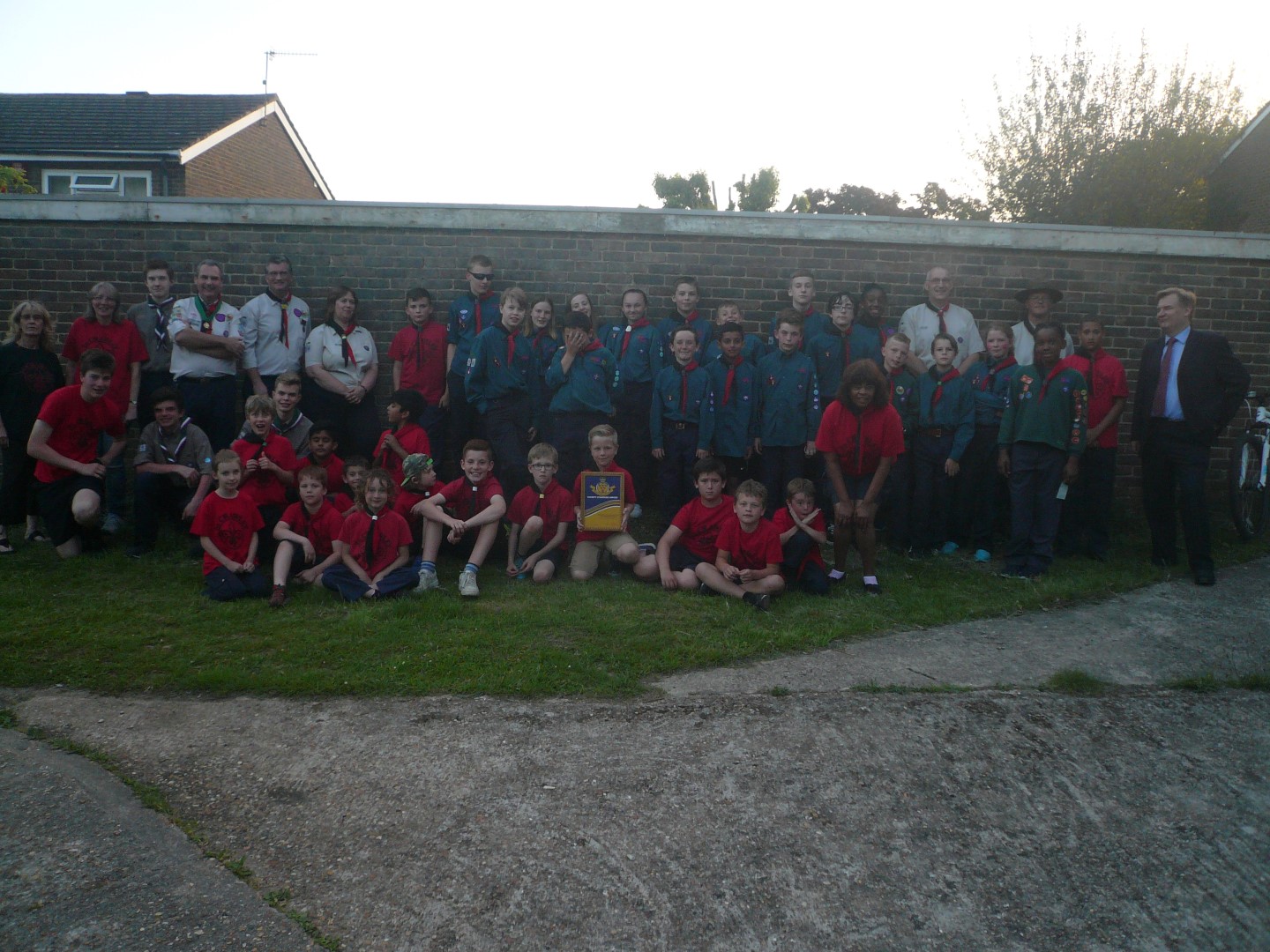 The Beavers and Cubs led the entertainment by giving  a rendition of some camp songs and helping the attendees to know more about how to save energy and the environment respectively. Meanwhile, the Scouts took on the role of running the bbq and showed film strips that had been compiled by them prior to the evening as part of the Digital Maker staged activity badge.

The evening was made even more special when they were again presented with the County Standard; an accolade that they have held, year on year, since 2004.  This is awarded in recognition of the teamwork between their Group Executive, leader team, parents and, of course, the hard work and determination of our Beavers, Cubs and Scouts.  All in all a real team effort.  Well done to all of them.

A few photos of the evening are available below.