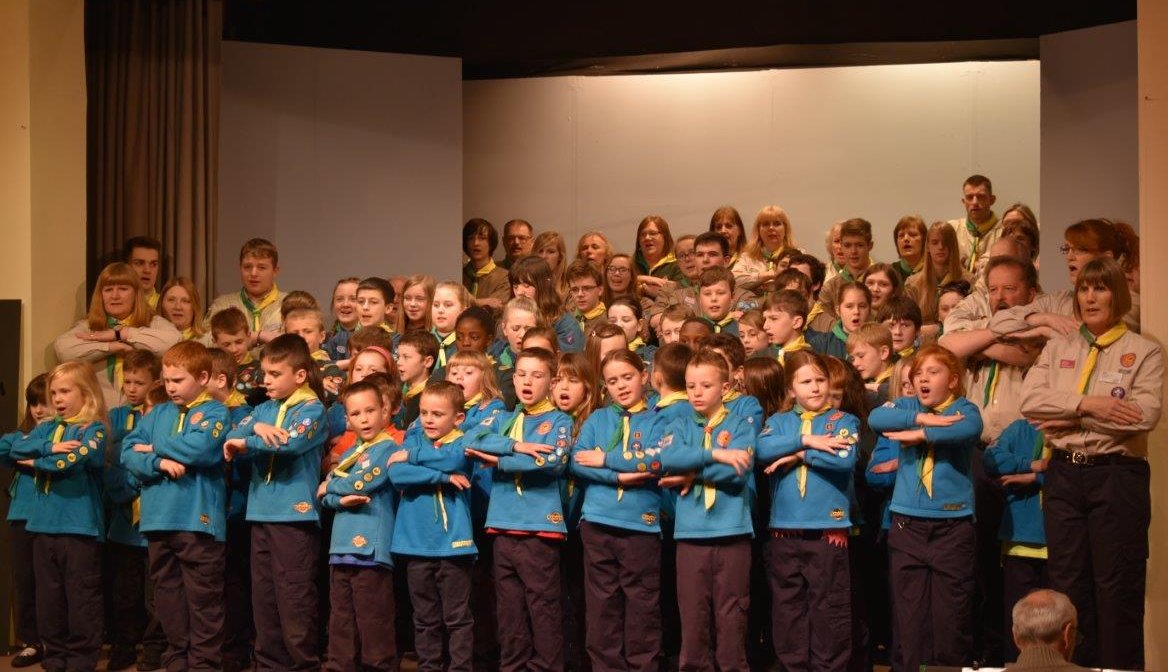 These are some of the comments on social media following 2nd Ifield (St Margaret’s) Scout Group Gang Show.

The show at Ifield Barn Arts Centre ran from Thursday to Saturday last week, with over 100 Beaver Scouts, Cub Scouts, Scouts, Explorer Scouts, Scout Network and adult leaders and supporters. All performances were sold out.

The show was a medley of plays, songs and dances performed by each of the sections of the Group and large musical numbers with all members of the gang on the stage.

Songs came from the Muppets and Grease, dancing included the Hornpipe and a black and white illusion. Fantasy sketches threaded through the show told how the Gang Show was been stolen by pirates and then rescued by an incompetent group of sailors who got shipwrecked.

The cast have been rehearsing since Christmas and, because they are not a drama society, have also been camping and hiking as well over the last few months.

The Show has been put together and produced by Damien Scott, with Keith Ford as Musical Director. Stage sets designed and painted by Brian Eastman, costumes by a team lead by Mary Scott and lighting by Brian Hawkins.

The Group President, Brian Eastman, said “It was great to see the keenness from the youngest at 6 years old to the adults for whom performing on stage was a new experience.”