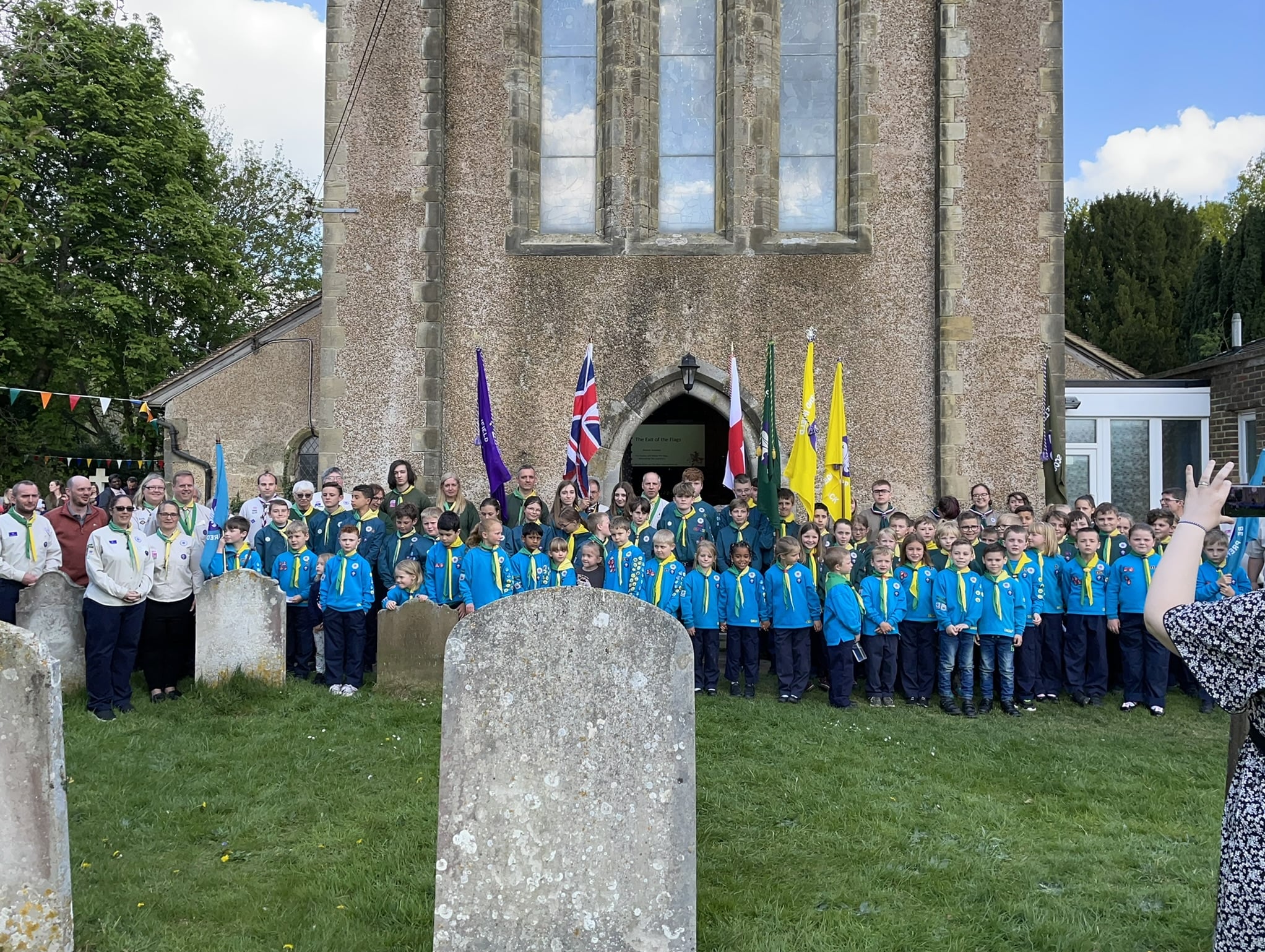 St Margaret’s Church was full for the service conducted by Revd Christine Spencer, Rector of Ifield. The service began by dedicating the new St George’s flag.

All present witnessed the Beavers, Cubs, Scouts, Explorer Scouts, Leaders and Active Support Unit renew their promises. The young people also wrote and led the prayers during the service.

Among the guests were the Deputy Mayor of Crawley, MP Henry Smith, local councillors, and representatives of Crawley District Scouts.

Group Scout Leader Craig Edwards thanked all the members of the flag procession and those that wrote and read prayers for being so professional and smart.

Active Support Unit Manager Mark Eastman, said: “It was a great experience for the young people to attend and participate in a formal parade, that will hopefully last with them for years to come.”

Group Chair David Clipperton praised all those that made the wonderful cakes which were shared with all present after the service.