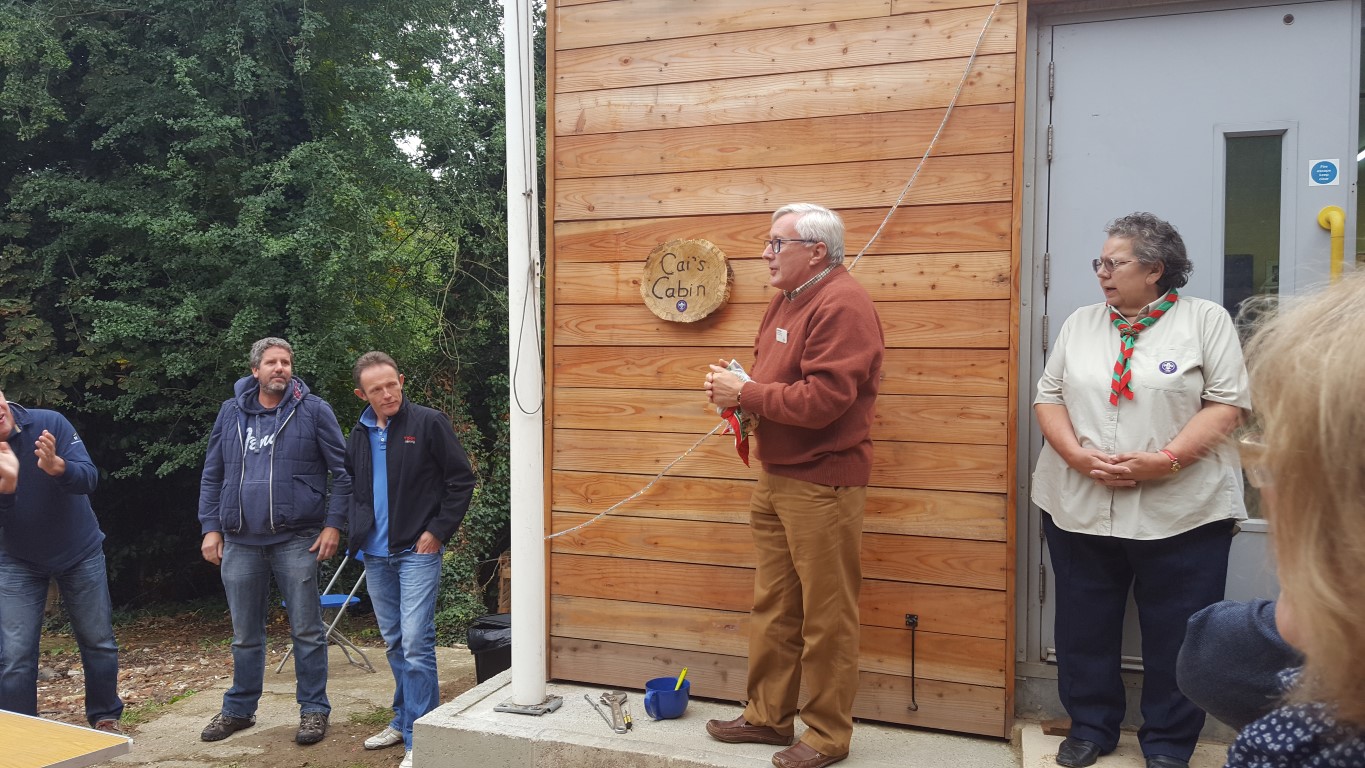 On Saturday 17th September, Beavers, Cubs, Scouts and Explorers gathered at 1st Balcombes Scout HQ to celebrate the opening of the new Scout Hall named “Cai’s Cabin” in memory of Ceinwen who had been actively involved in the group for a number of years as the Scout Leader. Colin Field, West Sussex Scouts Chairman officially unveiled the plaque and declared the Scout HQ open.

After several years, nearly a decade, of a unusable space the new hut is ready for use and will provide 1st Balcombe with a much nicer, warmer, drier meeting point. Some photos of the HQ being lifted into position can be seen here.

Eddy Hills, Crawley District Scouts Commissioner, then thanked everyone who had been involved in the project and gave mention to certain pivotal people who made the project feasible, these being Anthea Bell, Jamie Kirkman and Michelle Record.

The afternoon then concluded with a hog roast and campfire songs. If you are interested in joining the group as a leader or youth member, please contact Anthea Bell using the form located here. 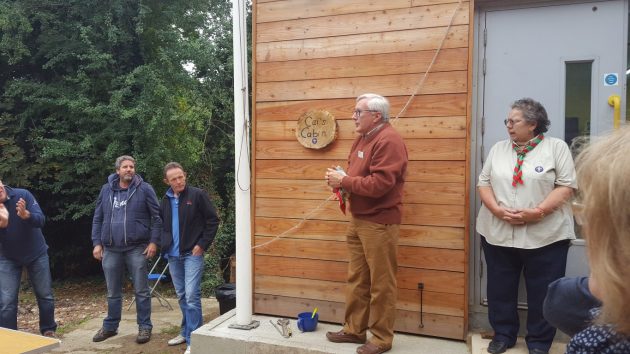