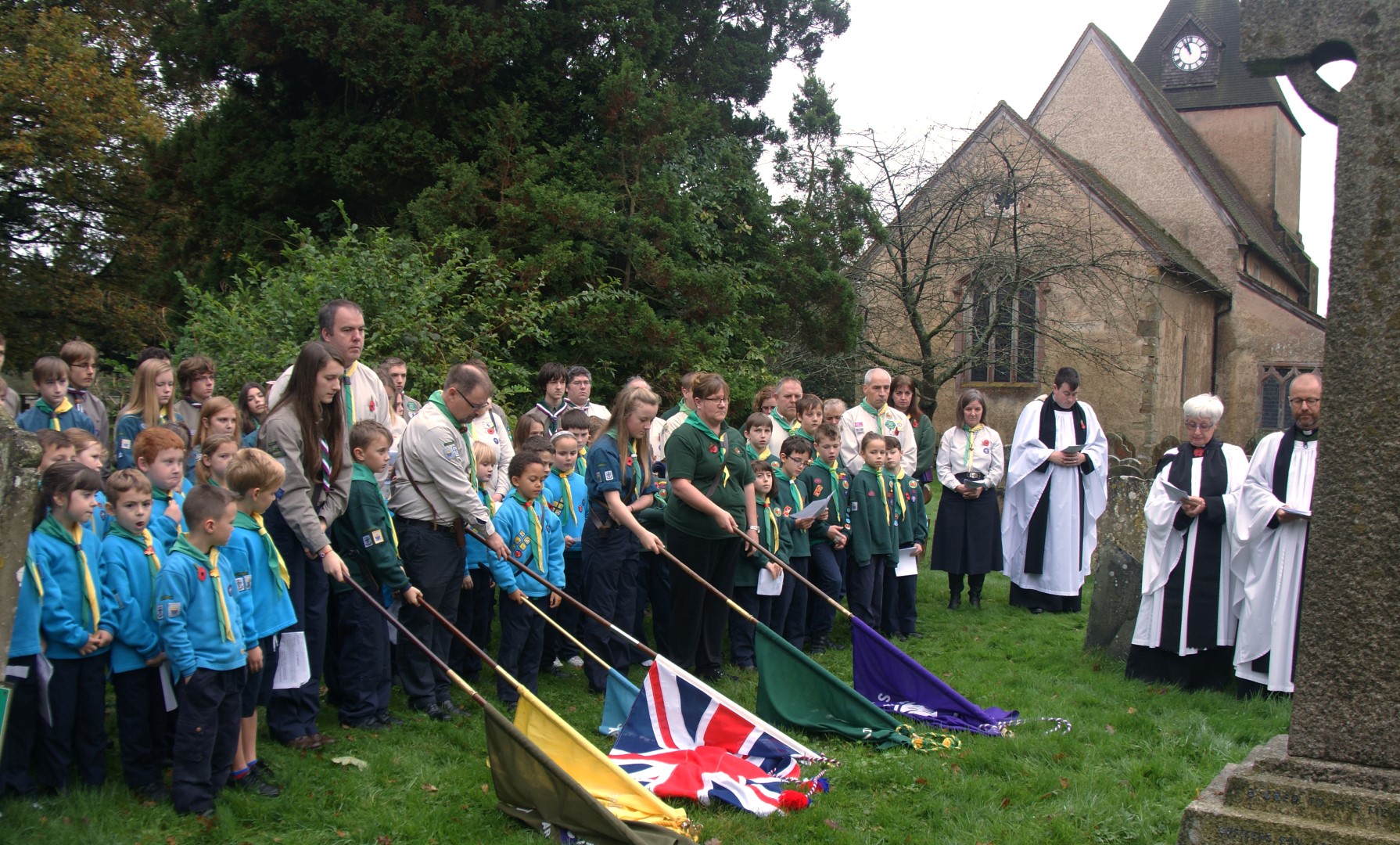 On Remembrance Sunday, Scouts through the town join acts of remembrance. Some groups joined the ceremony in the town centre, whilst others went to their local churches to show their respects to those who have fallen for our peace.

6th Crawley Scout Group joined the congregation at St Alban’s Church in Gossops Green where they joined in placing poppies on a cross, before prayers were offered in thanksgiving for the lives lost in wars and the two minutes silence.

2nd Ifield (St Margaret’s) Scout Group filled St Margart’s Church for a service attended by 70 Scouts plus their families. This was followed by the group along with residents of Ifield and the congregation of St Margaret’s Church gathering around the war memorial in Ifield churchyard for two minutes silence and wreath laying. The ceremony included prayers, remembering those who had died in wars and for peace, the last post and reveille. This was followed by the normal Sunday service in St Margaret’s Church. The Rector of Ifield, Revd Simon Newham, preached and referred to recent meetings he had with members of the armed forces who had served in the Second World War.

Some of 7th Crawley attended a parade at St Andrews Church in Furnace Green whilst others were interviewed on the National News attending the Remembrance ceremony at the Centotaph in London following a “night at the museum” – a sleep over at the Science Museum!