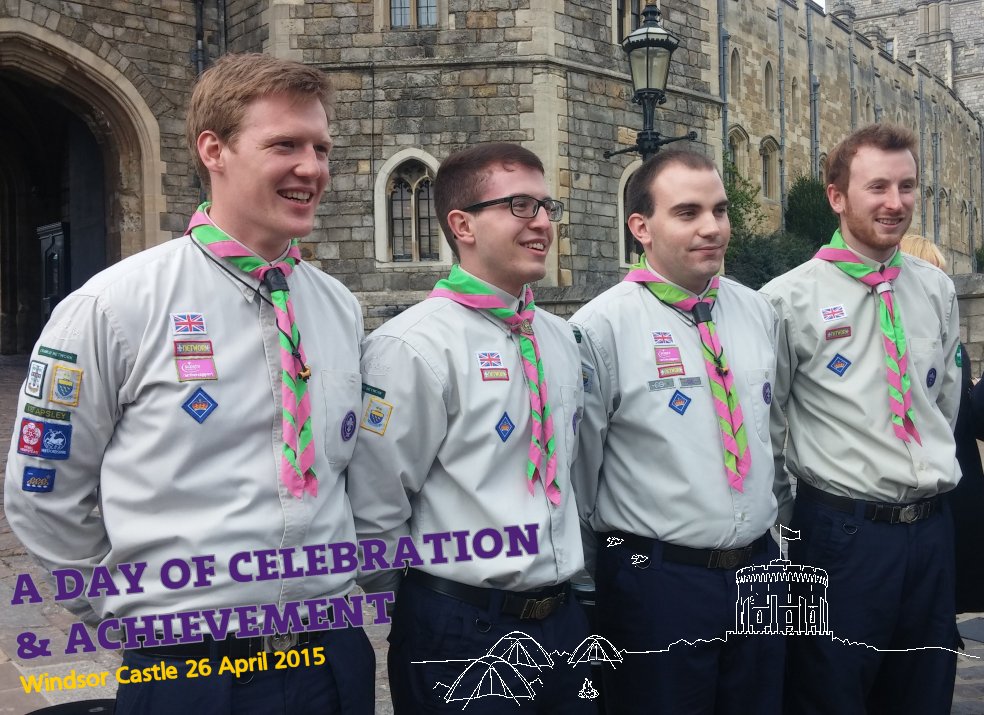 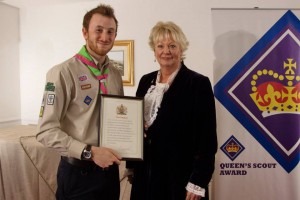 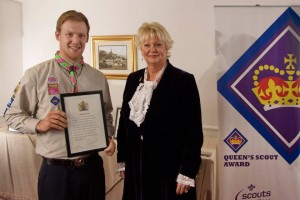 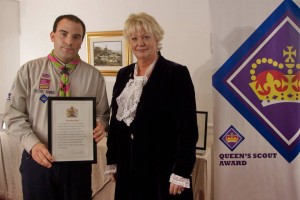 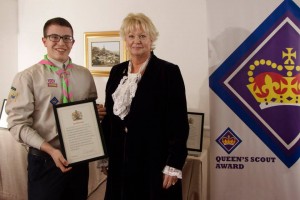 The event, dating back nearly 80 years, recognises the outstanding achievements of young people who have gained their Queen’s Scout award through a parade and service held annually within Windsor Castle by gift of Her Majesty the Queen.  The event recognises Queen’s Scouts, throughout the UK who have worked hard to achieve the highest youth award within Scouting. The celebrations bring together various groups and their invited guests to share in this prestigious and special event.

Chris, Sean, Stuart and Karl, along with all those who have gained their Queen’s scout award in the past twelve months throughout the country marched into the Quadrangle at Windsor (a private area, which is a privilege for the Scout Association to use) which was filled with approximately 2,000 guests, for their parade. Here they were reviewed by HRH The Duchess of Gloucester and the Chief Scout, Bear Grylls. The Queen’s Scouts then marched past the honoured guests before the parade moves down to St George’s Chapel for the National Scout Service. 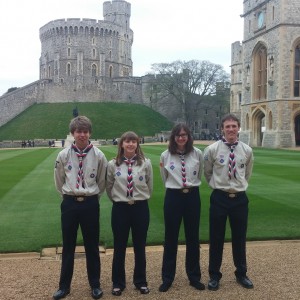 The Service this year was titled ‘Make Your Mark’ and was written, collated and delivered by the Service Planning and Delivery Team. The team of four, all of whom must be Queen’s Scouts, were selected by the Scout Association to plan and lead the service. Amongst this team was Adam Jasko, a member of Crawley Scout Network who had been working on the service with the team for the last few months. The service also included the renewal of members’ Scout promise which was lead by the Chief Scout. At the end of the service Bear Grylls address all the Queen’s Scouts before they paraded through Winsor before being dismissed.

Shona Graves said of the day at Windsor: “A really proud day as a mum, to see the result of 16 years of dedicated Scouting”

Craig Edwards added: “The venue and arrangements were very well organised and everything made me feel proud of the achievements of all the young people. As a father who had never witnessed such an occasion I felt quite humble that such dignitaries wanted to celebrate in their awards”

The four Queen’s Scouts were asked what this achievement meant to them:

Karl: “Being a Queen’s Scout means to lead and encourage the younger ones by being a good example and role model”

Sean: “It’s an honour to be a Queen’s Scout. It’s an excellent end to my youth Scouting”

Stuart: “A great honour to be a Queen’s Scout”

Chris: “I feel honoured to be a Queen’s Scout. It’s such an achievement. I have learnt a lot from doing the award and it’s great to hold this award for the rest of my life” 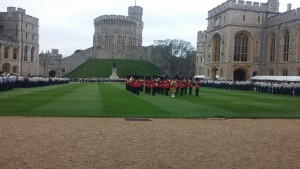 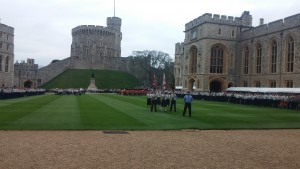 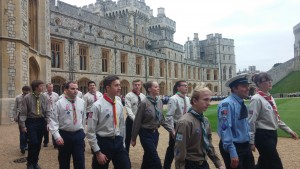 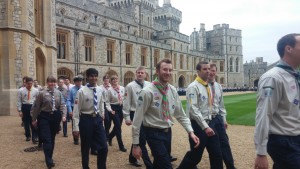 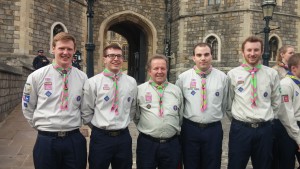