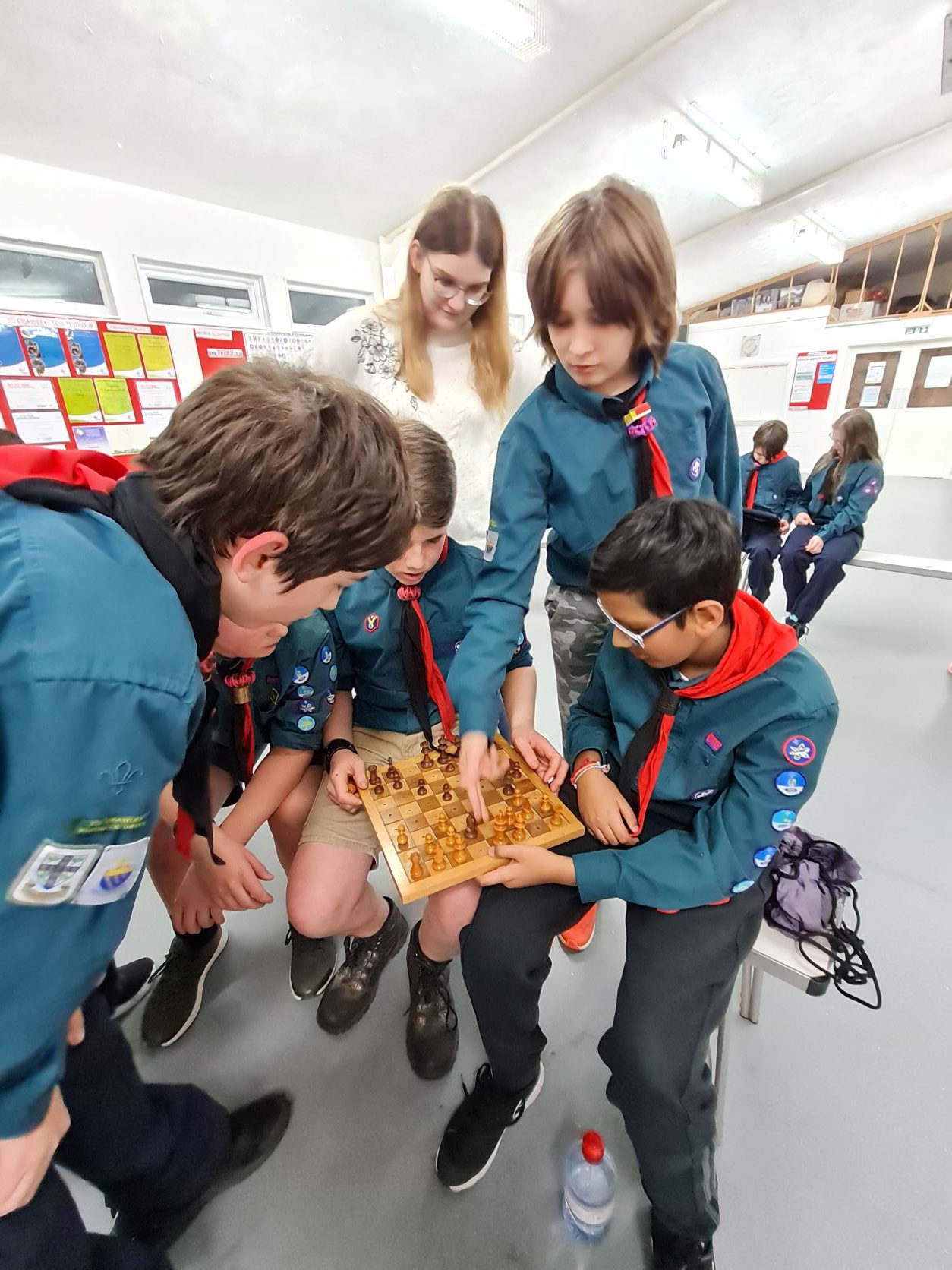 As part of their work towards the Word Challenge, “Take part in an activity that explores common beliefs and attitudes towards gender or disability in different societies.” 7th Crawley had a visit from Mark and Liz who are cycling friends of the Scout Leader.  They ride a tandem, but unlike most tandem couples, Liz, the smaller rider, is in charge of the tandem.  This is because Mark is registered blind.

Mark told the troop about how his life changed when he became blind as a young man, how white sticks weren’t good at attracting girlfriends and the various jobs he had had. He also spoke about his and Liz’s love of cycling, the various tandems they own and the trophies they’ve won, one of which he won with Tim, the SL at 7th.

He brought along some of his specialist gadgets that he uses in his day to day life, such as some speaking scales and a speaking blood pressure monitor  as well as showing the Scouts how built in assistive technology in smart phones has been a game changer for blind and partially sighted people.

Then it was games time, as Mark had brought along an adapted chess set, where the black pieces were identified by having a small pimple on the top. An impromptu chess match soon broke out amongst the Scouts as this was handed round.

Mark then told the troop about the development of Braille, how he uses it in his everyday life and showed them his Braille machine. Looking a bit like a typewriter, it only has nine keys, (six Braille dots, space bar, line feed and back space).  He then set the Scouts a challenge of decoding a short piece of Braille text and some of the Scouts manged to find his typing mistakes too!

All through the evening the Scouts asked many and varied questions showing a good understanding of the challenges involved and how they are overcome.