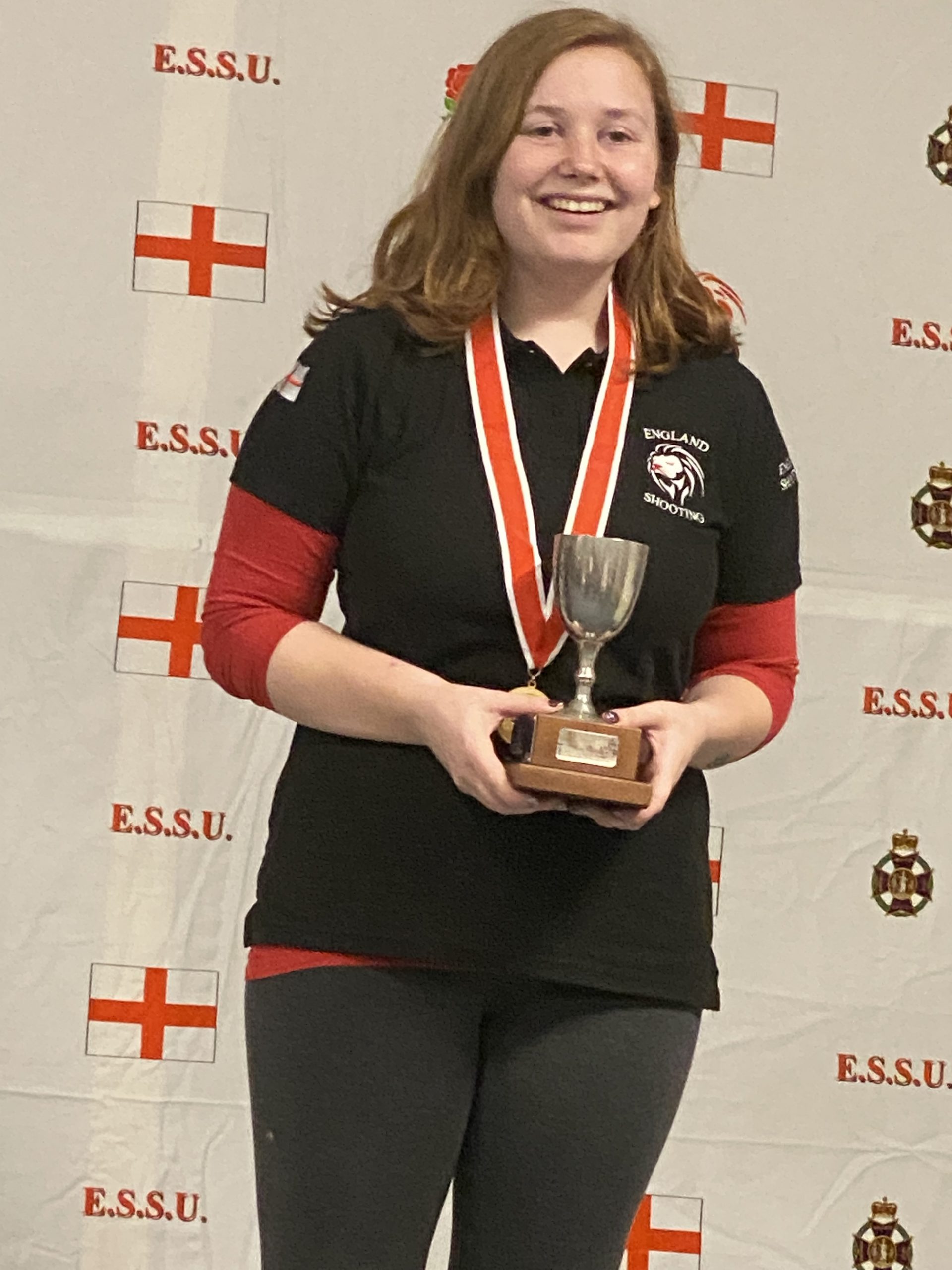 As the air rifle shooting season gets underway our success again resumes!

Harley Raine who trains at 4th worth wins the E.S.S.U. ( the English championships). She beat the opposition by a full six points. Her score being only two points short of the new Olympic world record. Sadly there is no shooting in the commonwealth games at Birmingham next year.

In the Sporter air rifle class, Eve roberts who also trains at 4th Worth scored a very credible 337 tying for second place but alas was counted back to third.

At the Sussex County Smallbore RA championships Harley Raine again took the gold medal being the best shooter by 27 points, and took the best lady trophy.

With Courtney Palmer-Jones finishing  in third place collecting the bronze medal and the trophy for best junior.