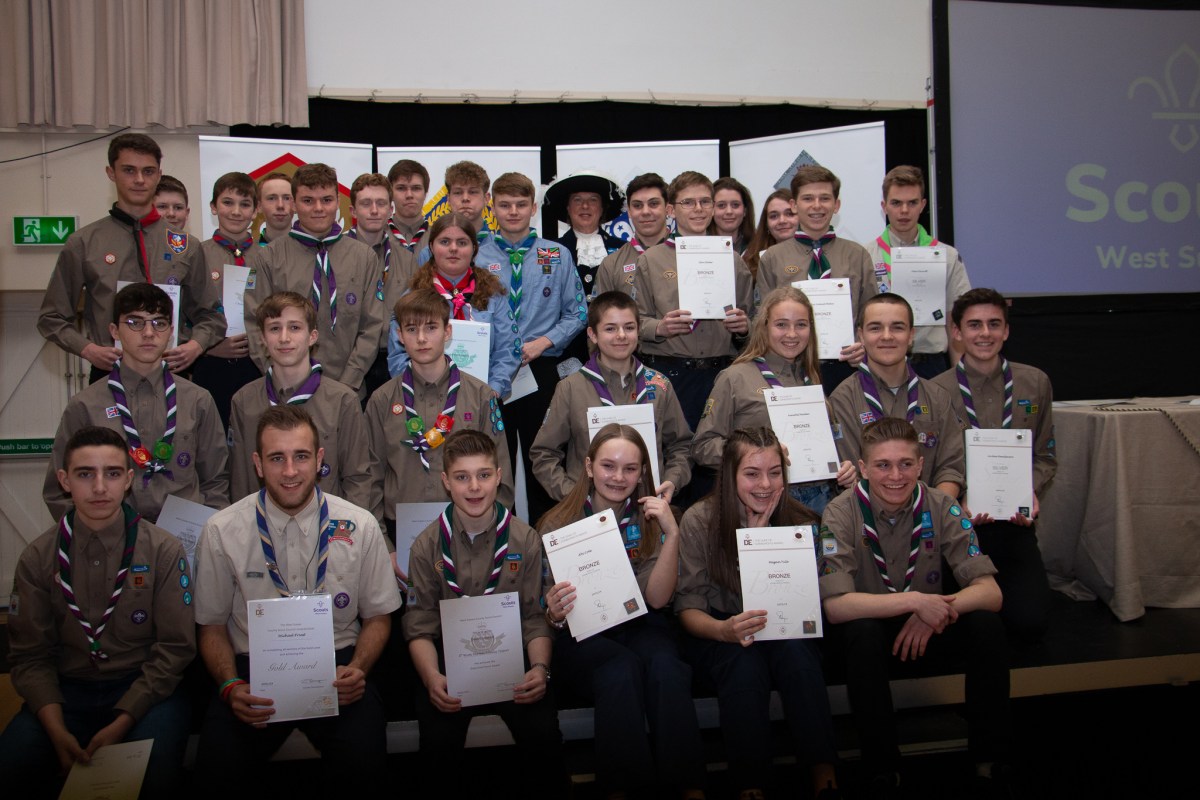 On Sunday 20th January the County came together at the Drill Hall in Horsham and spent the afternoon celebrating another great County Awards Afternoon and presenting many of our Young People from across the County with their various awards!

Our Guest Speaker Mrs Caroline Nicholls DL, The High Sheriff of West Sussex ‘wished everyone good luck for the future and that she looks forward to attending more of these award ceremonies in the future’

Robert (County Commissioner), thanked the High Sheriff for the attending the Awards Ceremony and also thanked all the leaders for the time they put in week in and week out over the many months to help our young people achieve their awards!