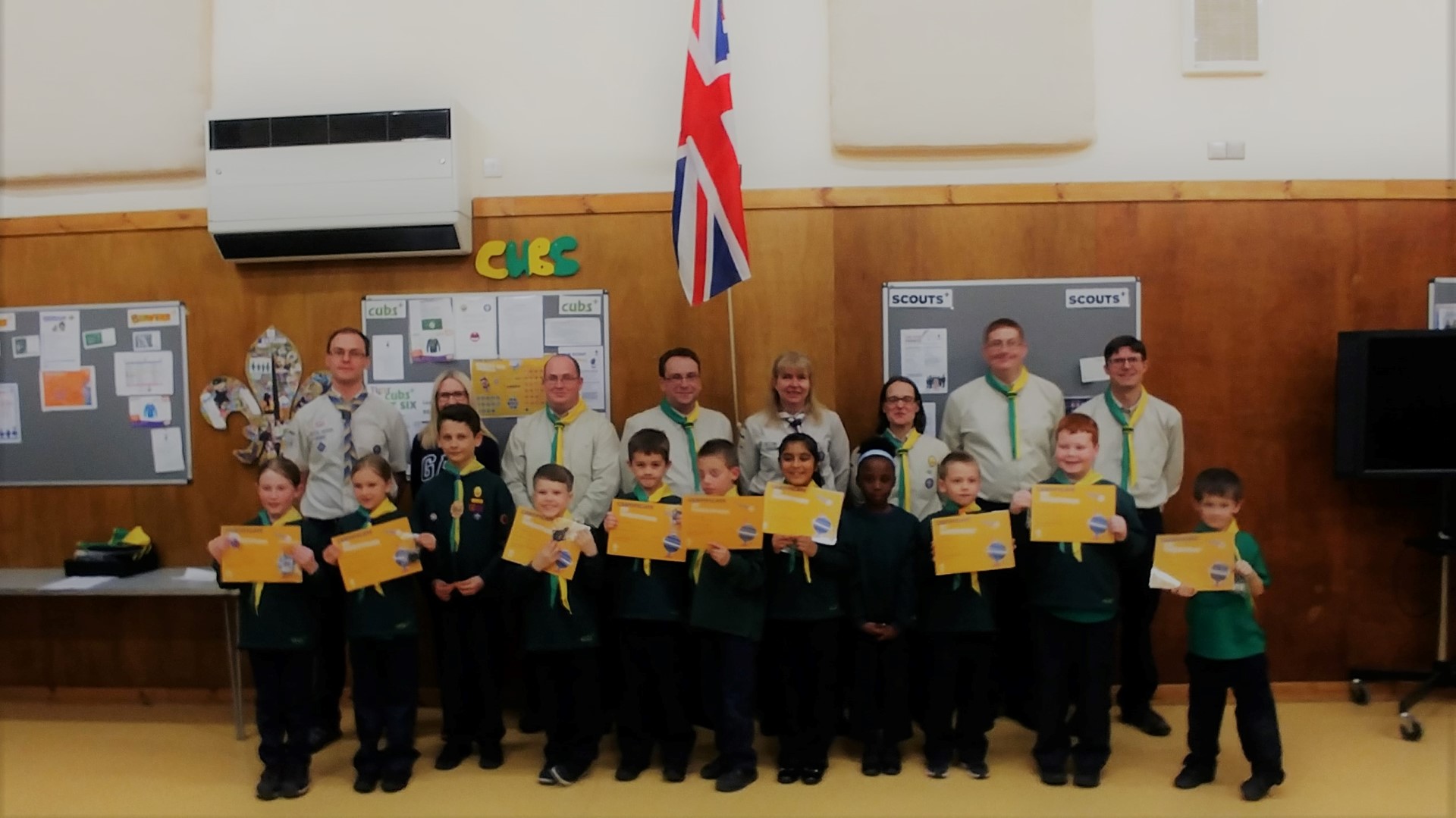 The biggest challenge was to put together a leadership team. After several months of planning and preparation they held an open evening inviting those who were of eligible age for Beavers or on our waiting list, along with their parents. Following this evening a team of six adults have stepped up and volunteered to lead the young people as Cub Scout Leaders. These were invested by our District Commissioner, Wendy Keeley. Two leaders were also recognised as they have completed their initial leader training.

Before investing 9 new cubs, two beavers who were moving up to Cubs received their Chief Scout Bronze awards.

9 cubs were invested by Craig Edwards (Cub leader from Tiger Cubs Scout pack) and presented with their group scarves from Group President, Brian Eastman. In addition one cub has taken the choice to move packs to suit his evening activities.

It is hoped that by the start of September the pack will be up to full size with 24 cubs. If you wish for your child to join the group please click here.

If you are interested in volunteering as an adult leader, please see our current vacancies or contact us for an informal chat. 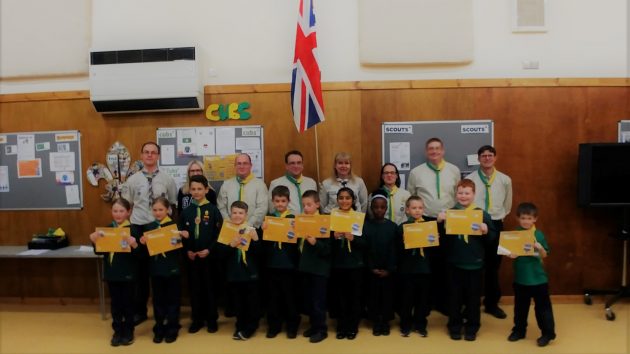