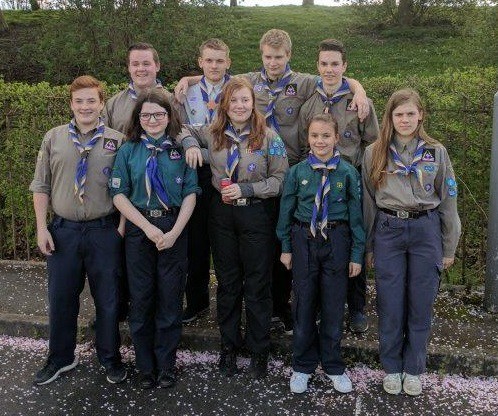 The inter county Shooting Championship is shot Annually around the beginning of April and is contested by each scout county (who chooses to enter).  Teams of 8 shooters from each county compete shoulder to shoulder and have to shoot both Air Rifle and Air Pistol both shot over a 10m distance.  20 shots per shooter per discipline, so a total of 320 shots per team. 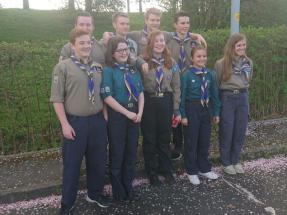 It is a notoriously difficult competition to win, requiring all the team members to have a high level of skill in both Rifle and Pistol disciplines, and all members to perform well on the day, It is a very intensive team effort.

There are around 15-20 entries typically, but only 12 this year a bit down on normal.

West Sussex first took a team in 2011, and have competed each year since then except 2016 when they couldn’t raise a competitive team.  We were fifth the first year we entered, 4th the second year, 3rd the third year, and since then we have been 2nd every year, always to Cheshire, who organise the event and have home advantage, which is significant, every year but one our scores have increased. 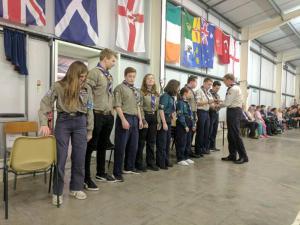 The team is made up typically of 1 adult, 1 under 13, and six scouts and explorers.  This year our team were predominantly made up from young people from Crawley District Scouts.

We took Eve Roberts from 4th Worth as a reserve.