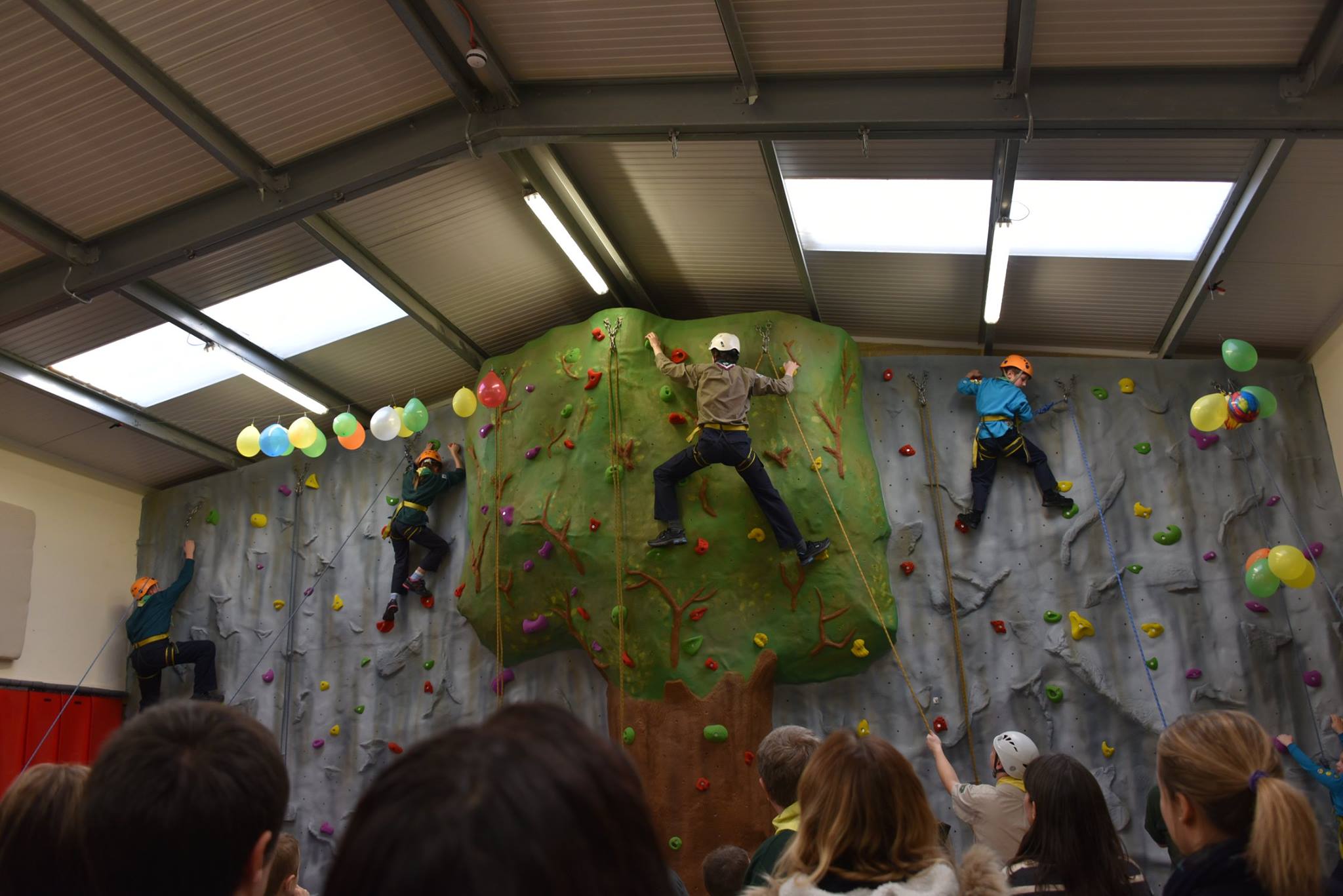 Ifield Scouts were more than pleased to show off their new piece of equipment at this well attended event.

The exciting new climbing wall was officially opened on Saturday 28th January to a crowded hall of members, parents and guests.

The event was chaired by David Clipperton, Chairman of 2nd Ifield Scout Group. Speaking at the launch, David thanked all the trusts who had donated to the new wall. Irene Orford, County Commissioner for Scouts in West Sussex, drew attention to the increase in the number of members since the opening of the new headquarters two years ago. Brian Quinn, Deputy Mayor for Crawley, congratulated the Group on the level of funds raised to enable the wall to be built.

Members representing all sections of the Scouts Group then climbed the wall, releasing balloons to celebrate the opening. The wall forms the end wall of the main hall of the new scout headquarters in Friston Walk Ifield. The wall cost £30,000 with £23,000 has been raised for a variety of donors including West Sussex County Council, Hall and Woodhouse, Sussex Community Foundation and the lottery fund.

James Wright, County Climbing adviser for West Sussex and a leader in Ifield Scouts, said “This is a mile stone for the Group. It gives us the facility to expand the opportunities we can offer the young people, and to train more climbing instructors across West Sussex”.

Who are The Scouts?

2nd Ifield (St Margaret’s) Scout Group was formed in 1956 and has 120 youth members, both male and female, plus leaders and trustees. Its headquarters have been in Friston Walk Ifield most of the time since formation and a new headquarters was opened two years ago. If has two Beaver Scout Colonies for 6 – 8 years old, a Cub Scout Pack for 8 to 10½, a Scout Troop for 10½ to 14 and works with Drake Explorer Unit 14-18 and the Scout Network 18-25 years of age. Climbing, like canoeing and shooting, are offered to members and may be part of the Duke of Edinburgh award scheme that young people start at 14 years of age.

Further information can be found here.