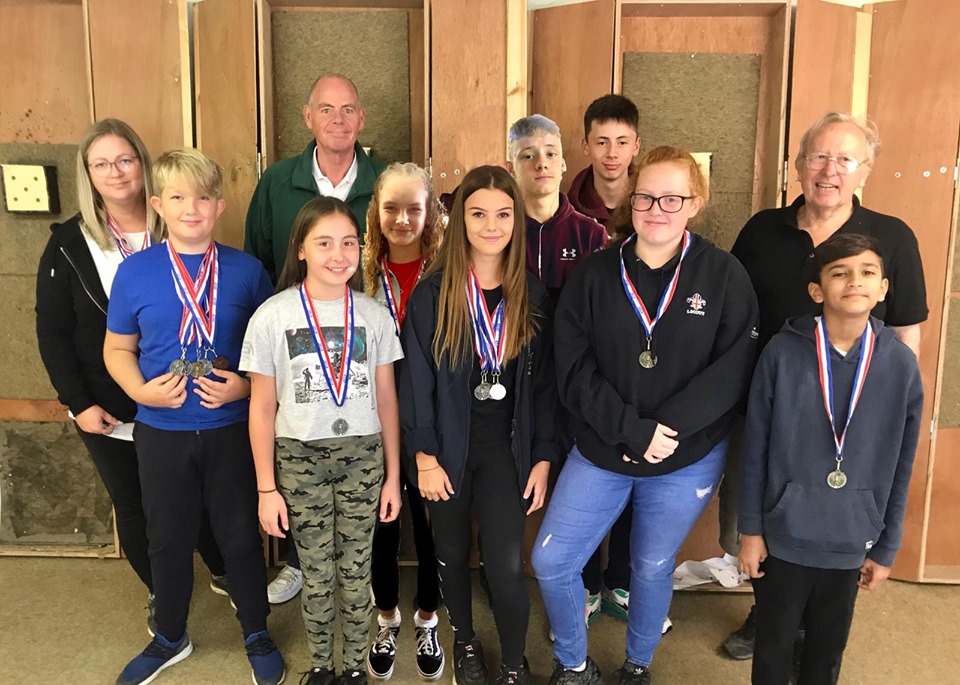 4th Worth Scout Rifle and Pistol Club, on the 4th August 2019 sent 4 of their shooting team to join the National Scout Squad to take part at Bisley in the Junior Internationals: Harley Raine, Max Moore, Courtney Palmer-Jones and Eve Roberts. With teams from all corners of the UK, America’s, Africa and Europe, the competition was very strong..

Monday; the toning of skills and zeroing of rifles and pistols

Tuesday; the 3 positional shooters taking to the line for both air rifle and rim fire shooting. This first match, 10 mtr, precision air rifle was a mixed match with both men and women shooting along side each other, the outcome was Harley Raine; 1st and Max Moore; 2nd – Harley Raine having produced a 200 ex200 in the prone position.
In the Sporter Air Rifle top places were taken by the South Africans.
In the afternoon Max took Gold in the 3 position, 50 mtr rim fire match.

Wednesday; the men and women separate for their Grand-Prix matches. Another Gold for Harley in the standing match with a digital score of 611.1 – a personal best. While Max took the men’s standing Gold.

Thursday; the matches require that the top 8 competitors take pat in an Olympic final. Harley swept into the final with another PB of 614-8, the final went her way as well and another Gold medal. Max held his nerve and achieved the men’s Gold medal. Finally the South Africans had some competition when Courtney was able to replace her rifle getting a PB and was able to get among them.

A brilliant event thoroughly enjoyed by all who attended. Many thanks to the Organisers and to the Scouters who make all this possible for Crawley District young people