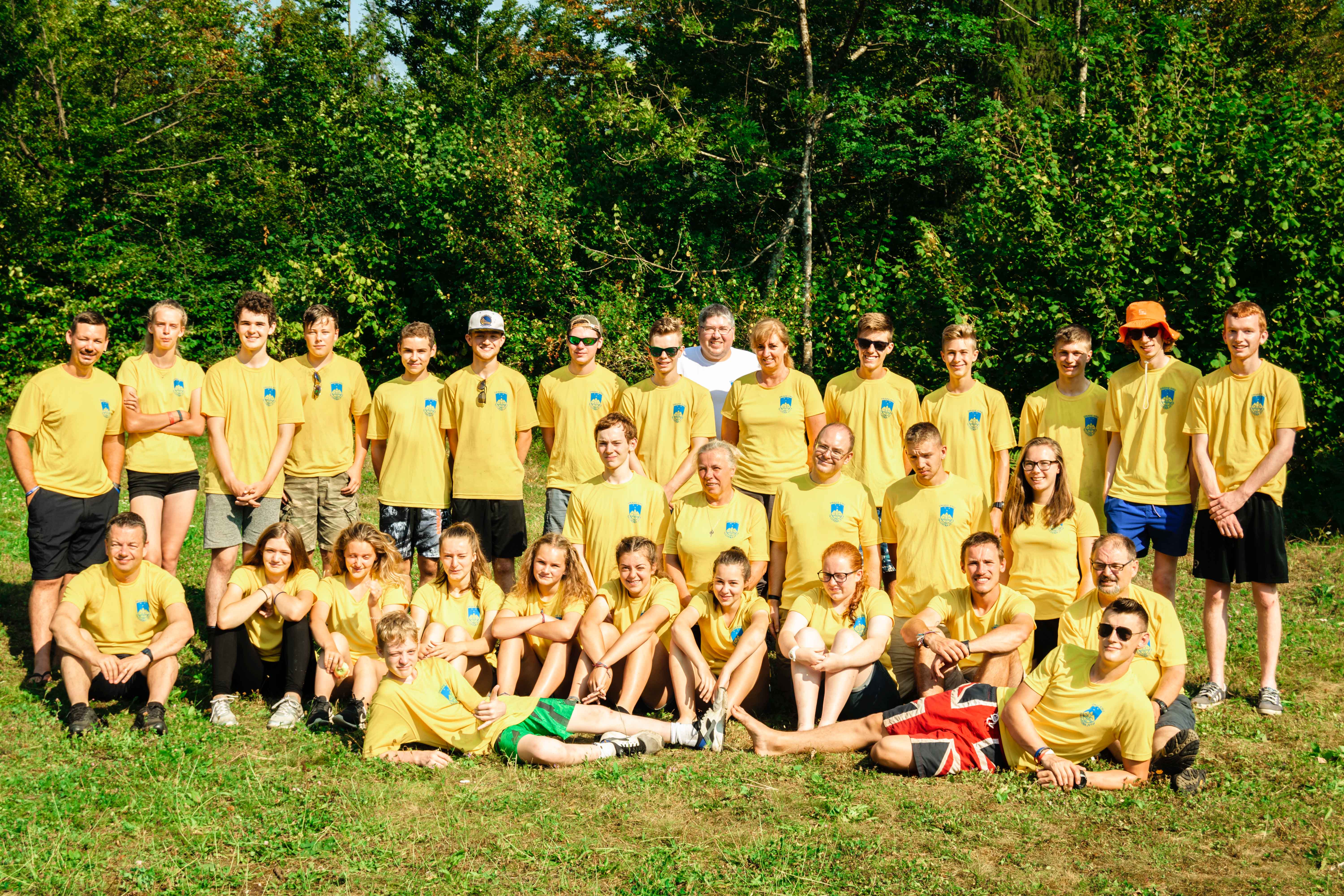 A group of 32 Explorer Scouts, Network Members and Associated Supporters have just returned from Drake Explorer Scouts Summer Expedition to Slovenia. They travelled via Venice airport and crossed the border by bus to the small town of Bovec close to the River Soca. It was on the River Soca that the activities started with white water rafting.

The group was then split into two teams to undertake six days of expeditions, half cycling around the Julian Alps, whilst the others walked through the mountains. They met after three days and switched activities. The cycling gave the teams the chance to explore the valleys including the town of Bled and other places of interest; one team managed to get as far as the Italian border. The second walking group got a chance to undertake more challenging mountaineering including climbing Triglav (2864M) requiring them to use Via Ferrata kit.

After a week of full on activities, and being constantly on the move the expedition met up at the Slovenia National Scout campsite where the teams relaxed for a few days. During this part of the expedition, the participants did more traditional scouting activities and water sports including meeting scouts from Germany who they shared a campfire with. Cooking in patrols the teams were expected to buy their own food and cook it.

With a few days left the expedition left the countryside behind and travelled to the capital Ljubljana where the participants got the opportunity to partake in some sightseeing. Whilst here there was a also time for a day trip to Zagreb. On the last day an early start for all was required for a visit to Venice.

Due to a cancelled flight 4 individuals got a little encore with an extra two days in Italy at EasyJet’s expense!