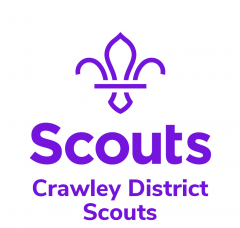 Scouts in Crawley are appealing for help repairing damage caused by vandals to their hut. A string of incidents saw a window broken and a perimeter fence damaged at the hut belonging to 2nd Crawley Scout Group in Seymour Road, Broadfield, which now hosts more than 70 youngsters.

Repairs to the outside follow a huge effort from those connected with the group to transform the scout hut interior. Group leader Kevin Webb said: “We’ve had one of our cub and beaver dads run a double marathon for us, which his company banked double, that paid for the new floor. “Another dad is an electrican, he did a lot of work for us with the heating and lighting.” “Inside it looks a completely different place than it did five, six months ago. “It’s making sure the outside matches.” A new fence will cost an estimated £3,000, and the first step is a raffle at the clubs’ annual fireworks night in October.

Supporters are being asked for donations of small items to sell at the event. Offers of materials or voluntary help are also being sought to contribute directly to the repair work. Kevin said: “We’re raising the funds to get the windows made safe, by boarding them up or replacing the window, but the fence is a priority because obviously, if you repair it they can’t get in to cause more damage. “We’ve had the windows replaced before and they’ve come in again and damaged them within two weeks. “It’s not that they smash them, up they have a pellet gun or and air rifle and shoot pellets at them.” Kevin added that there hadn’t been any vandalism at the hut since a spate last autumn. Police confirmed that a window at the scout hut was allegedly broken around a year before and that other minor damge was reported over a period of several months leading up to September 2014.

Nearly two years on, all three of the scouting groups held at the hut have become increasingly popular with children and young people in the area and this year has seen a rapid rise in numbers. Kevin added that any extra funds from the appeal will go towards new equipment such as tents to allow the now considerably larger group to go away on camping trips together. Anyone wishing to help out can contact Kevin by emailing [email protected]